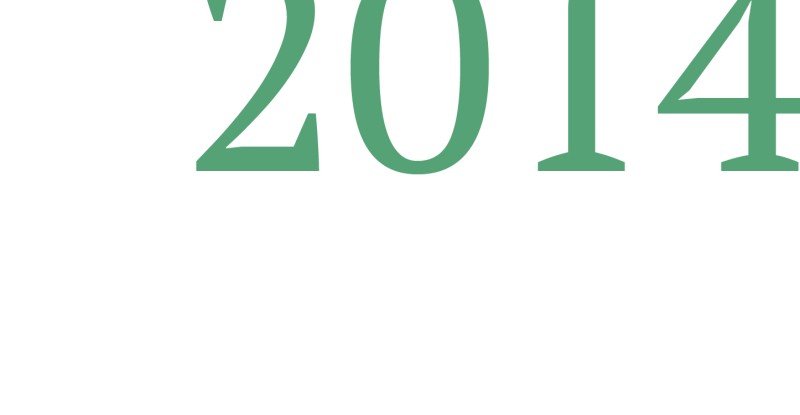 Cliché or not – the end of a year is the time to take stock. Even Facebook reminds us to share our past year in pics and statuses. This is why we decided to succumb to the temptation and share our year 2014. With no regrets. But mind you, we warn you that we are going to take the opportunity to boast a bit and have a say.

Our year began with the pleasantly surprising competition for reconstruction of the Shipka 6 Gallery. As many wrote later, the brief required a reconciliation of art and retail – a kind of a soft cleansing of the temple. We, though, saw in this not an unnatural fusion but a chance for the building to live – after all, the mono-functionalism is past. That’s why we decided to stick to the brief (which turned out to be a mistake given the winning projects). But still, we had our recognition – we were ranked 18th out of 83. Call it a success.

Our participation in the Shipka 6 competition was something of a rest from the Great Expectation of the Plovdiv Central Square competition. The timing though was more than perfect – we plunged into the latter right after we submitted our Shipka 6 project. The organisation was by the book (cheers, WhATA). Here we decided to go extreme and NOT to put the stress on the archaeological ruins as a panacea for the development and well-being of a city. We even decided to conceal them and make people discover them themselves on a daily basis, to understand in the back of their minds how it happens that something ends up underground. A kind of interpretation of the archaeological discovery. Furthermore, we found out that a space is not defined by the volume but by its boundaries. That’s why we reinstated and reactivated the periphery of the square to make it a real space that can be perceived. Here we could not even make it out of the ‘group stage.’ Perhaps, to interpret the brief, problems should have only been considered. Or maybe we should have left the archaeological ruins exposed ‘in park environment?’ We have quite a few misgivings about the winners; we think that none of three finalists solves any other problems apart from identity (related to ‘modern’ design). It will be quite interesting to see what’s next (especially after the news of the tender for technical design). But we are not dissatisfied with ourselves. Just on the contrary.

And the best of all – great team! Thank you, guys!

In the spring came the most expected (from all parties) completion of our sites in Nessebar: the conservation and adaptation of the medieval church of St John the Baptist with its surrounding and a fragment of the cultural tourist route Road of Spirit with the space around the Ascension Church (Sveti Spas). This happened after a lot of struggle: with the time, with the weather, with the constructors and the commissioners, and in the end (unexpectedly) – with the approving bodies. All this dressed with the sticky gravy ‘Public Procurement.’ Nevertheless, we find the result great, even greater than we had expected. We think that we created more pleasant public spaces, a functioning and not threatened by collapse church (the only medieval church in Nessebar preserved intact), and proved that the streets in Nessebar can actually be stone-paved. And exposed concrete is not necessarily inconsistent with the historic environment. We only hope it will weather like a cathedral and not like a shoe.

We confess we could not cope with everything. This is why half of the space around Ascension Church is not our doing but the outcome of a last minute ‘approval with requirements’ and of institutional fear.  What was approved with applauses in the technical design, turned out to be ‘self-serving’ in the executive design approval. According to the approving colleagues consistency is not important. That’s why half of this space is treated with our exposed concrete, and the other half with massive stone walls. We leave the evaluation to you, we are biased. We may not be right after all.

Just in the end of the year came recognition of a well-done job – the Ancient Stadium in Plovdiv, in the design of which we participated, received the Public’s Choice Award of the Building of the Year 2014 competition. Maybe this is the best prize – after all architecture is for the people, isn’t it? That’s why public spaces are called public. We think the Ancient Stadium at the Dzhumaya became such a space.

Speaking of public spaces, we cannot miss telling you of this. This year we lived in one marvelous city – the Marvelous Melbourne. We saw how they make public spaces and how they make a living city. As all this happened just after the Plovdiv Central Square competition, the parallels were inevitable. Creating public spaces in Australia (and in Melbourne in particular) is not a one-time and solely designer’s intervention. It is policy and process. The bottom line is – here we still rely on architects to settle everything by a single large-scale intervention and undreamt-of design. With no policy for small businesses in the city centre, without attracting people to live downtown, with programmatic and communicational determination and division – all of them obstacles for the sustainable life of a city. We feel that lately it’s the looks that only matters and not the normal life of people. That all is meant for attracting tourists. Many of the comments on the Plovdiv square differed radically regarding the design or whether archaeological ruins should be reconstructed; but all of them unanimously stated that the square must become a great attraction, to be featured in the magazines, to make tourists flock and marvel at a rebuilt Roman forum/a modern square with fabulous design. We personally have some doubts on this matter.

It may not be the most optimistic finale but we warned you in the beginning. And we do not pretend to have gone through all details.  Anyone interested for more should not hesitate to ask. We will answer.